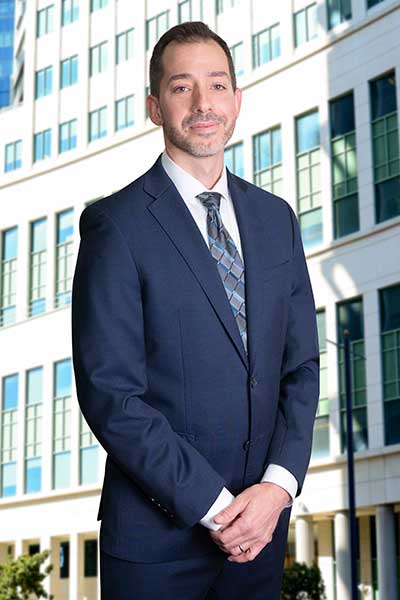 Zachary Mikucki is an Associate Attorney at the G3PM San Diego Office and has been with the firm since 2018. He represents individuals and businesses in a wide range of civil matters including motor vehicle accidents, premises liability, breach of habitability, dog bites, and other business and property disputes. His primary focus is in defending personal injury cases.

Zack was born in New Jersey and graduated from Becker College with a Bachelor of Science degree in Criminal Justice. He was a member of the Lacrosse team and was named to the Dean’s List for academic achievement. After college, Zack enlisted in the U.S. Coast Guard where he served as a Maritime Enforcement Specialist and took part in multiple deployment operations around the world. Thereafter, Zack obtained his Juris Doctor from Thomas Jefferson School of Law and was named to the Honor Roll.

Prior to joining G3PM, Zack represented landlords and property owners in unlawful detainer matters, transactional matters, and habitability cases. Prior to being admitted to the California Bar in 2016, he worked as a paralegal for the U.S. Attorney’s Office, Southern District of California, wherein he assisted in the prosecution of white collar crimes, drug and human trafficking, and other federal matters. As such, Zack has significant trial experience in both criminal and civil law.

In his spare time, Zack enjoys snowboarding, backpacking, woodworking, and spending time with his family.